The Windows batch shell, commonly referred to as cmd, cmd.exe or the command prompt

Windows PowerShell is a scripting engine .DLL that's embedded into multiple hosts. The most common hosts you'll start are the interactive command-line powershell.exe and the Interactive Scripting Environment powershell_ise.exe.

Powershell is the modern Windows command prompt. Usage is similar to cmd, but with a few key differences. Some UNIX commands are also supported, such as ls.

Setting environment variables like PATH can be done via Control Panel → System: 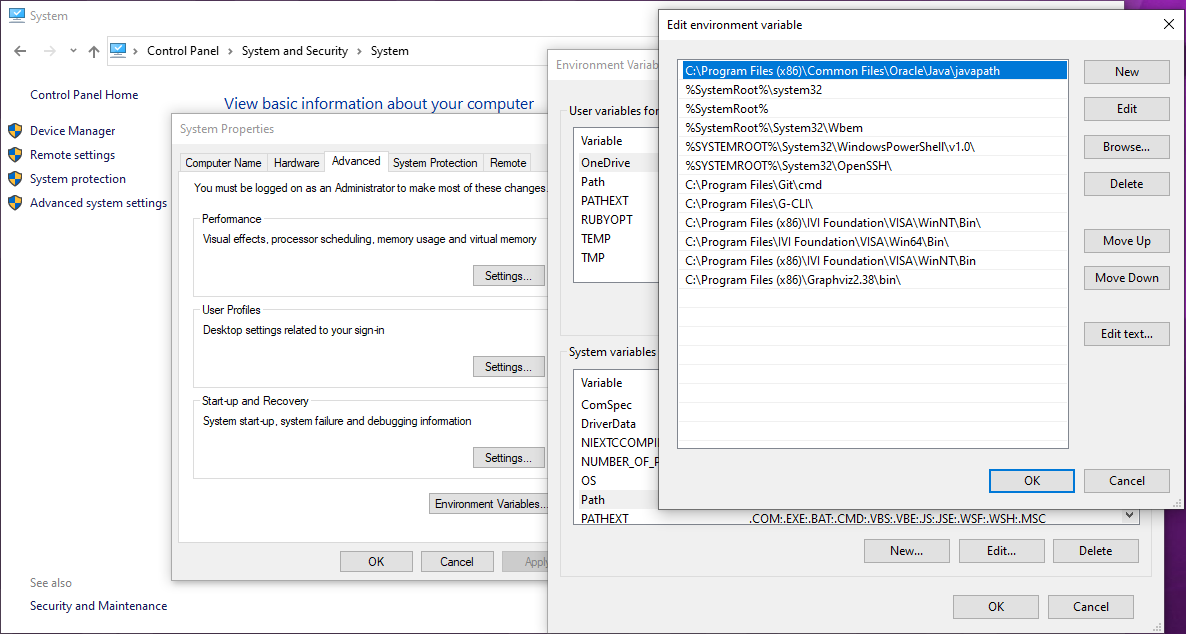 “The Windows Terminal is a modern, fast, efficient, powerful, and productive terminal application for users of command-line tools and shells like Command Prompt, PowerShell, and WSL. Its main features include multiple tabs, panes, Unicode and UTF-8 character support, a GPU accelerated text rendering engine, and custom themes, styles, and configurations.”

From the Microsoft Store

The Windows Terminal is not part of a default Windows 10 installation (but in Windows 11). The easiest way to install it, is with the Microsoft Store. Search for “Terminal” and the first hit should it be.

The Windows Terminal can be configured very extensively, and it would go way too far to explain every option. I want to introduce only a few important settings.

Open the settings tab by clicking on the down arrow next to the “new-tab-plus” symbol. 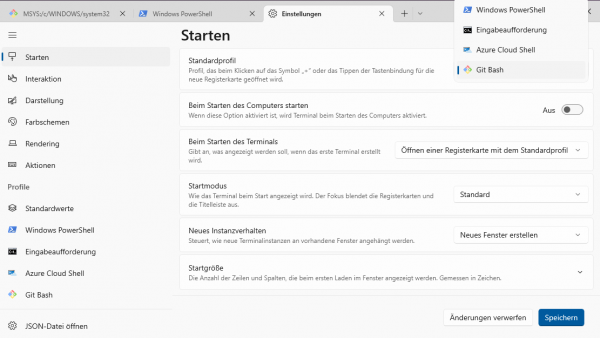 All configured profiles can be modified under their profile section.

The button “Add new profile” allows adding own profiles. Click on the button “New empty profile” to create a complete new one. 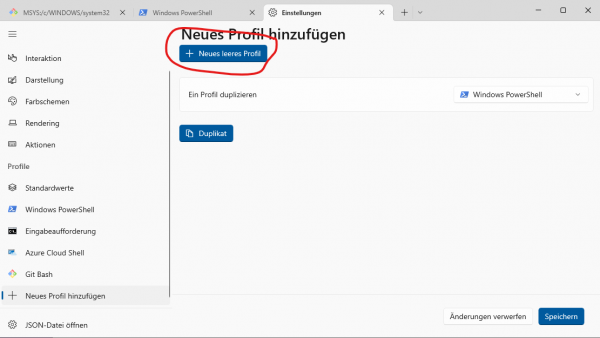 You can add the Git Bash with the following settings. 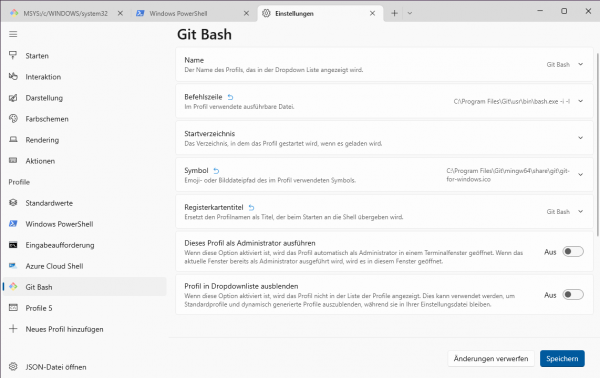